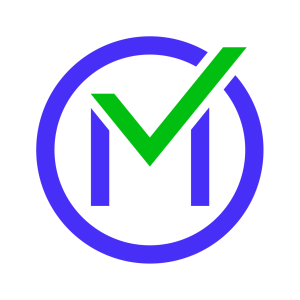 People use Facebook apps mostly in their leisure time. There are many purposes of using Facebook apps Either for Chatting or sharing photos, videos, news on Facebook messages, Pages, or Groups.

Do you know what the Facebook app is? This question’s answer everybody knows. If you don’t know, this is a very simple answer. Generally, We know that Facebook is the world’s social networking site to connect people with each other.

Where you can share any thoughts, views through chatting as well as upload/download photos, videos, file documents extra. In Other words, Facebook is an American online social media and social networking service based in Menlo Park, California, America.

It is a very reputed entertaining site and is used by many people in the world. Do you know who the owner of Facebook is? It was founded by Mark Zuckerberg, along with fellow Harvard College students and roommates Eduardo Saverin, Andrew McCollum, Dustin Moskovitz, and Chris Hughes. It was Launched by an American company in 2004 AD.

It is a very user-friendly site that can be used by many people by creating new accounts. You know friend, this app is easily available in the Play store in different types of versions, you can install it on your android mobile as well as tablet and many supported devices.

Facebook provides its users a lot of features and Privacy Options which its users can manually manage their choice option including save the post, Tag Photo, view post, turn on notification as well as copy link.

Do you know friends? Facebook is a big platform to find entertaining, informative, and interesting video content.

Sometimes, you are scrolling Facebook posts and you want to see and watch videos, articles, etc, or a long post you want to read, but you don’t have time to watch it right that time.

Maybe you can’t watch a video due to sound and noise when you are in public places, or maybe you are busy doing something else right?

In those cases, you will surely want to watch later, isn’t it? So, first of all, let us know,

In simple words, a save list is like a type of ‘bookmarks’ when you tap the save option & save things you see on Facebook to view later or in the future, like the links or videos your friend’s post, events, Pages, or photos, etc.

Now, when you want to watch that video or any post which you have saved, how do you find it?

Your Saved list is located in a different place depending on whether you are using Facebook on a desktop computer either your mobile devices/iPhone or tablet.

Here today in this blog we learn “how to find your saved videos and posts on Facebook” through android mobile? Step by step doesn’t skip this blog.

Note: Here, two choices: either you can open the original Facebook or Lite version no matter but a little bit different according to your device. I inform you that this process is on Lite Facebook.

Step 3: In the Menu Tap to “Saved” Which has a Pink & Purple Icon

Step 4: Tap the "All types" Button Under Your Most Recent Saved Items

I hope this post can help you to solve your problem. And I am sure now, you are able to see saved items on Facebook through mobile.